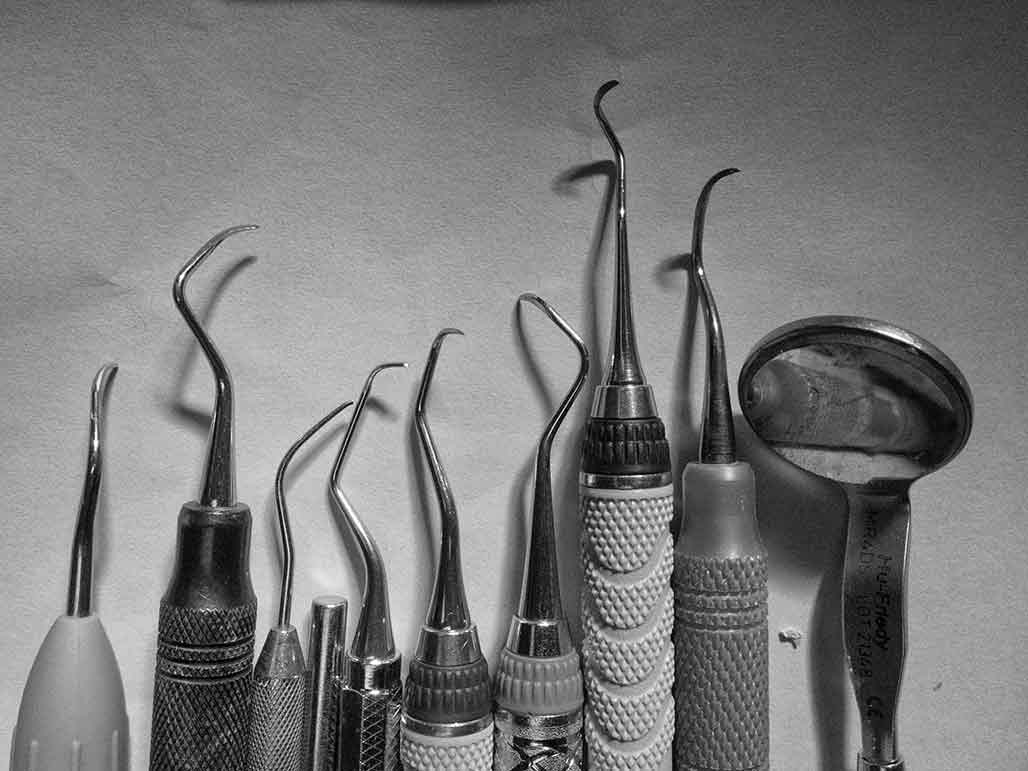 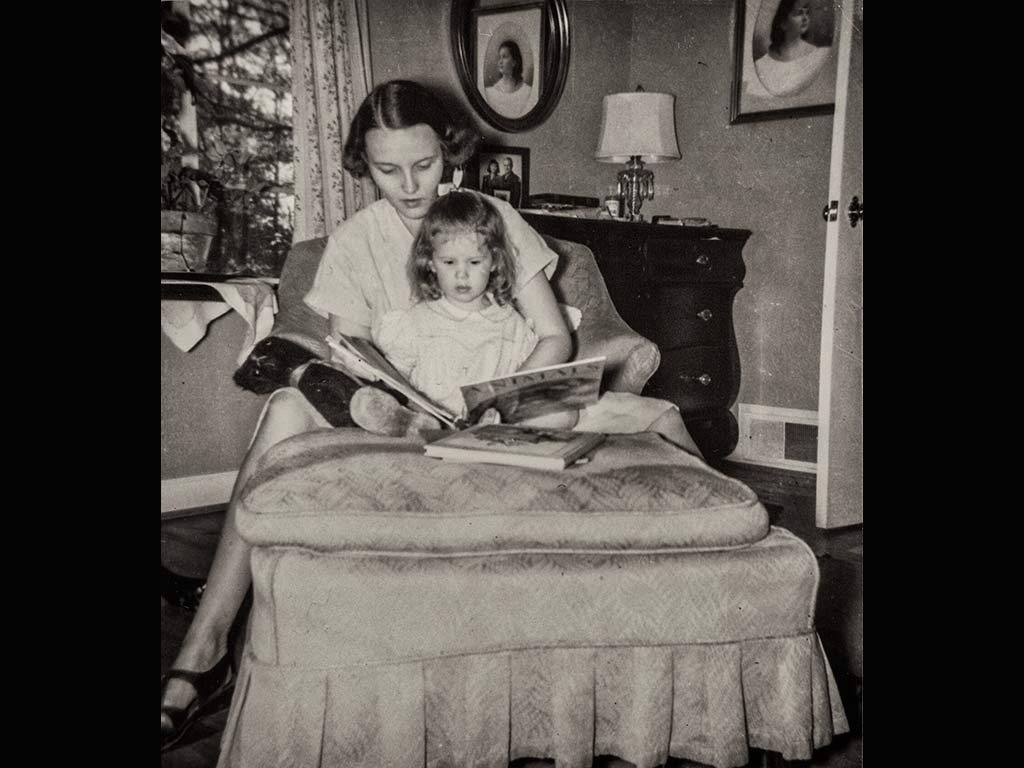 Found this cut down contact print, slightly larger than a postage stamp, my mom reading about animals to my sister in 1953. 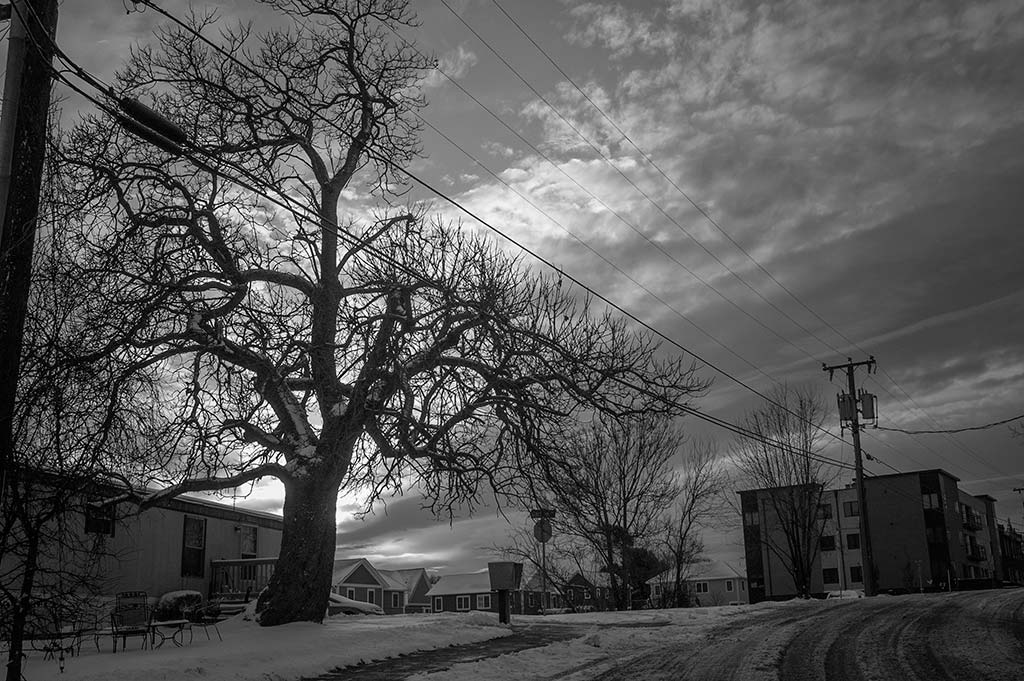 Occasionally, against the odds, a street tree will grow to maturity in Charlottesville. This tree
at the corner of Nassau and Carlton, has thus far eluded the “right tree right place” police. 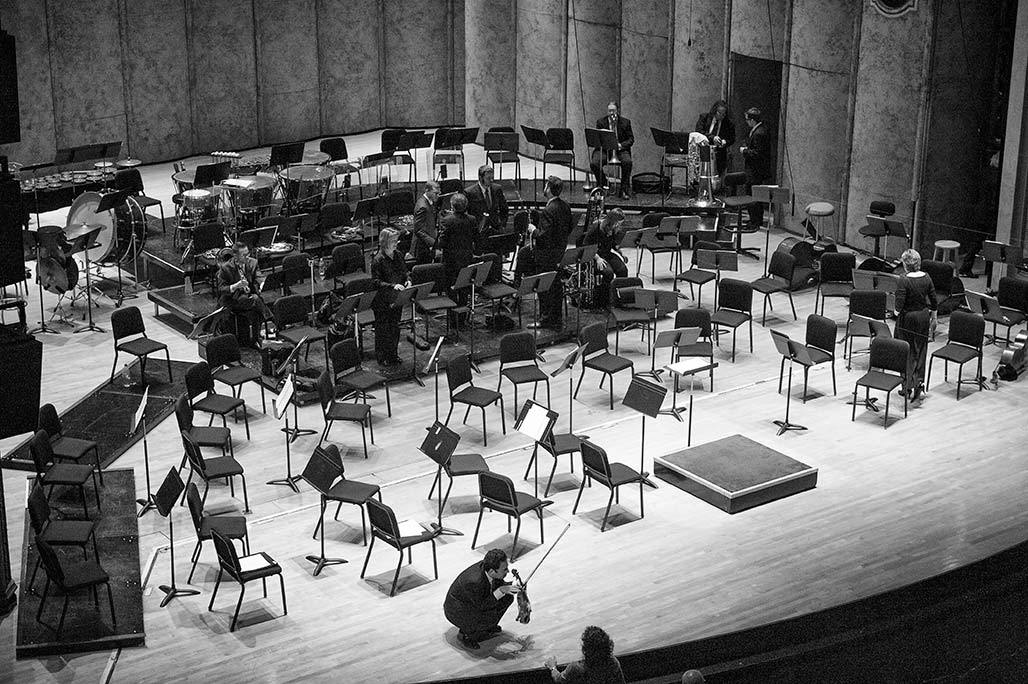 My first time in life in the presence of RSO players without Emma Gray nearby. Violin concerto written by a human from Richmond, Mason Bates, and performed by a violinist
from another planet, Anne Akiko Meyers. Amazing music. One is reminded, not much time on stage, use it.

dew do due Dewberry