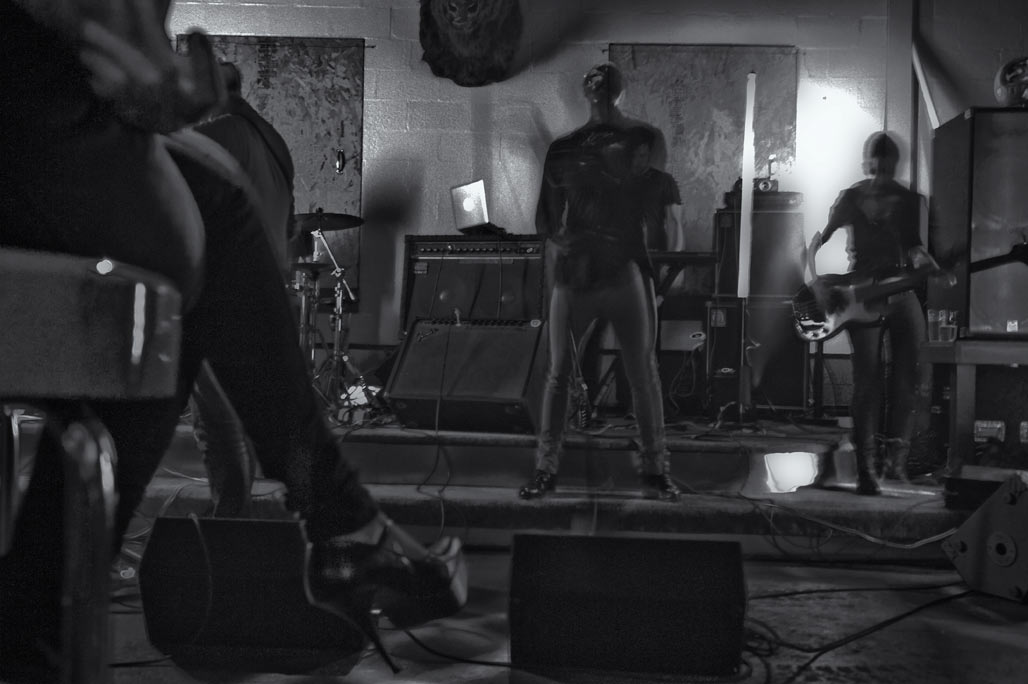 I live in a neighborhood at the foot of Monticello, in a house built by James Starkes. James was working for the Charlottesville Woolen Mills in 1860, eight years before the mill took that name. Eight tenths of a mile west of the Mill site we have new a new neighbor, the Black Market Moto Saloon. The proprietor of the Saloon hopes to secure a special use permit to operate a Music Hall 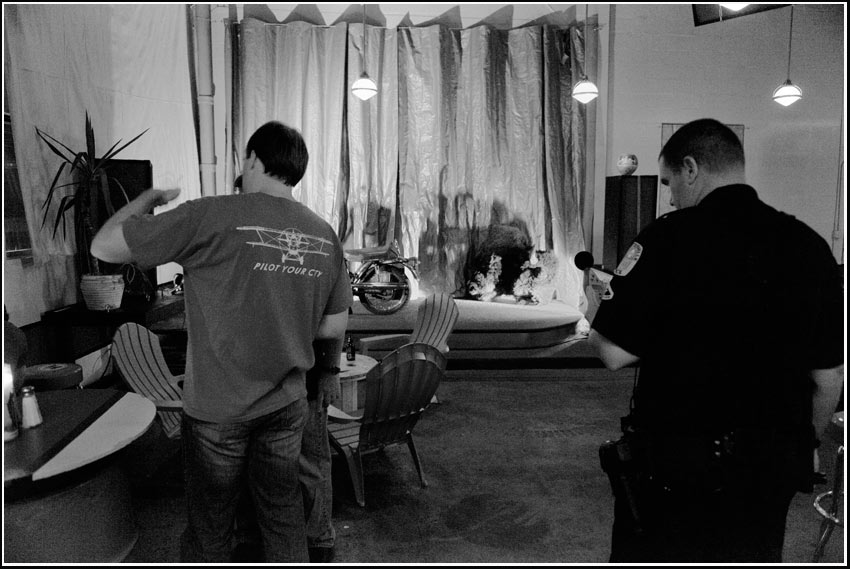 September 26, Neighborhood Development Services, in conjunction with Moto proprietor, M. Frankovich, conducted a “sound test”. City Councilors and Planning Commissioners plus police and NDS staff were on hand. Only thing missing was the source of the Moto’s big sound. No drums, no bass, no amps, no musicians on stage. Just a svelte PA system and a dismounted bison head. 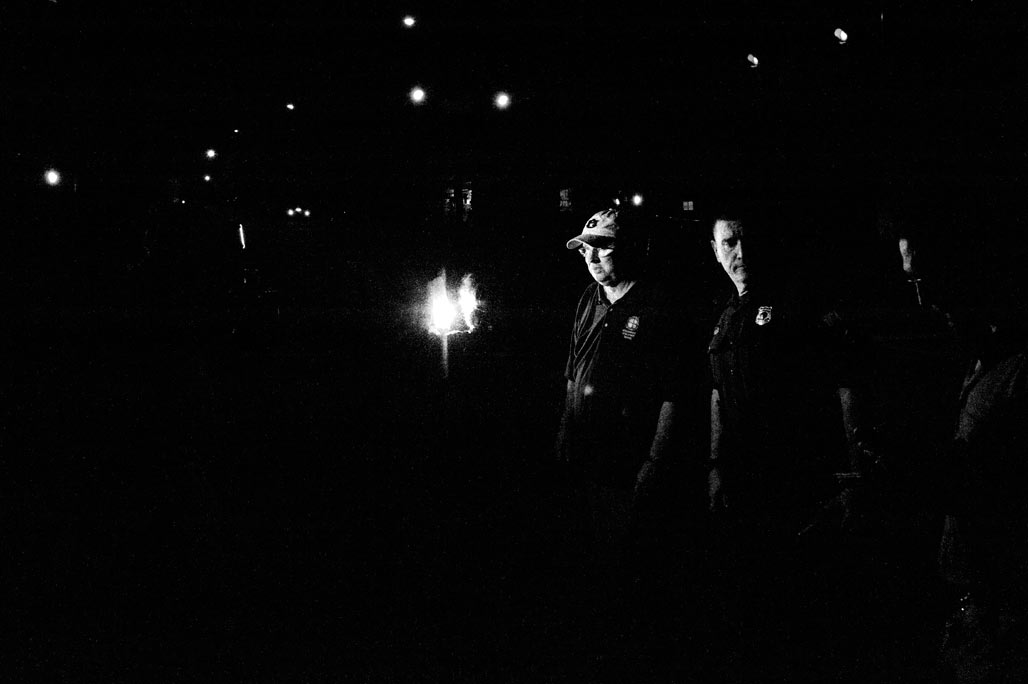 What did the sound test find? Moderate sound spillage to the street. 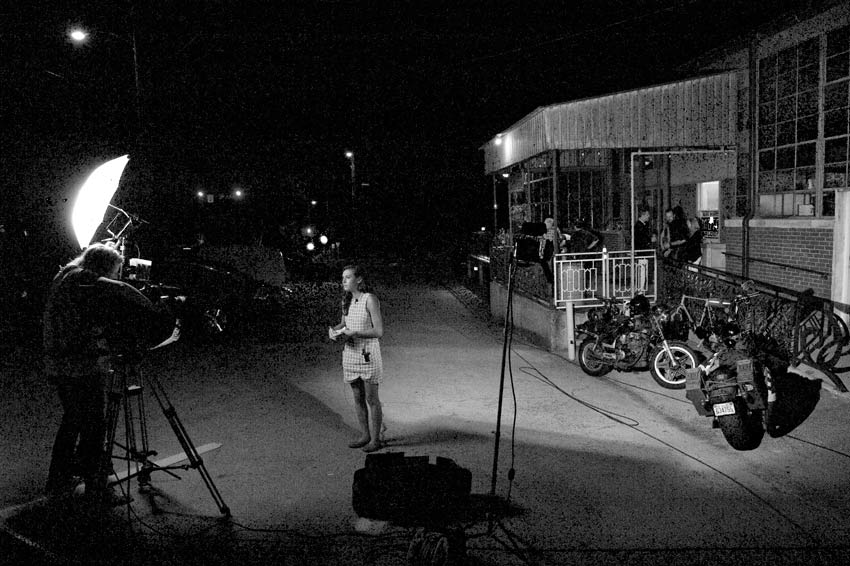 Jessica Cunnington of Channel 19 reporting the Big Story. She said it never got too loud near the “Woolen Hills” neighborhood. 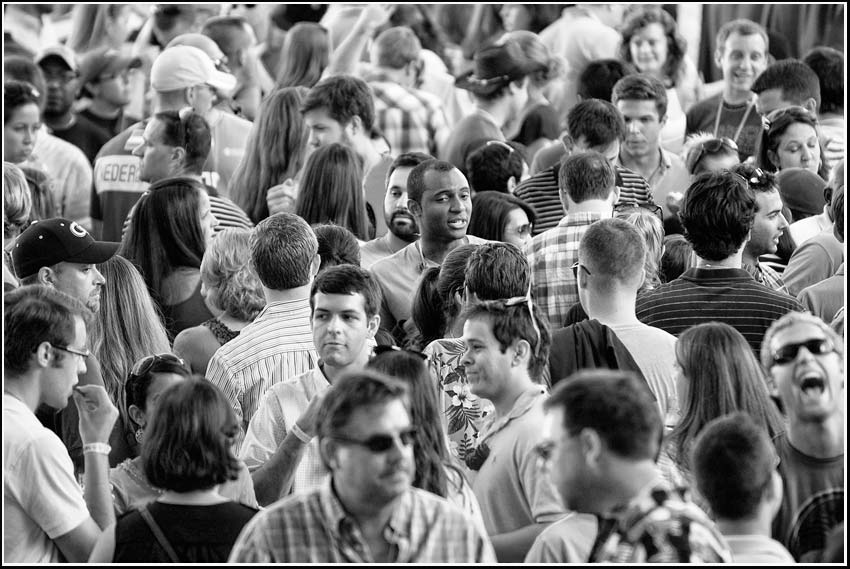 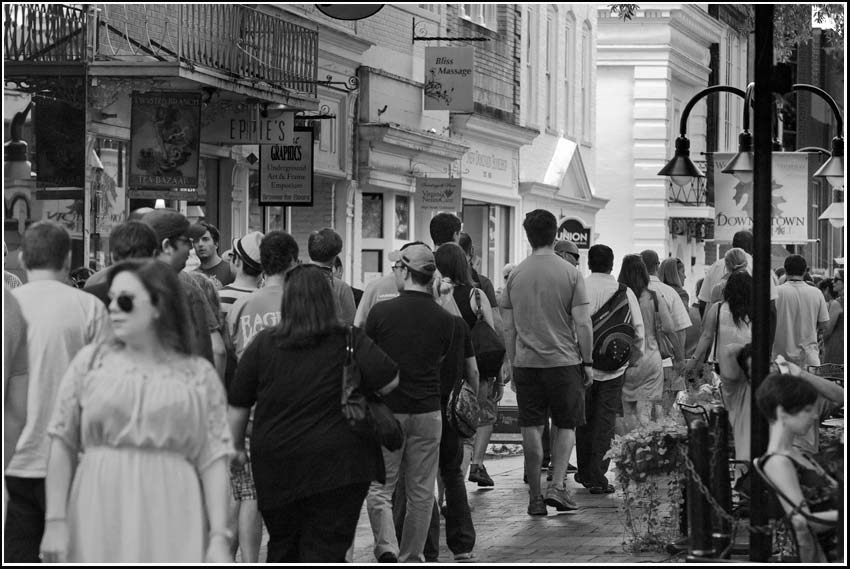 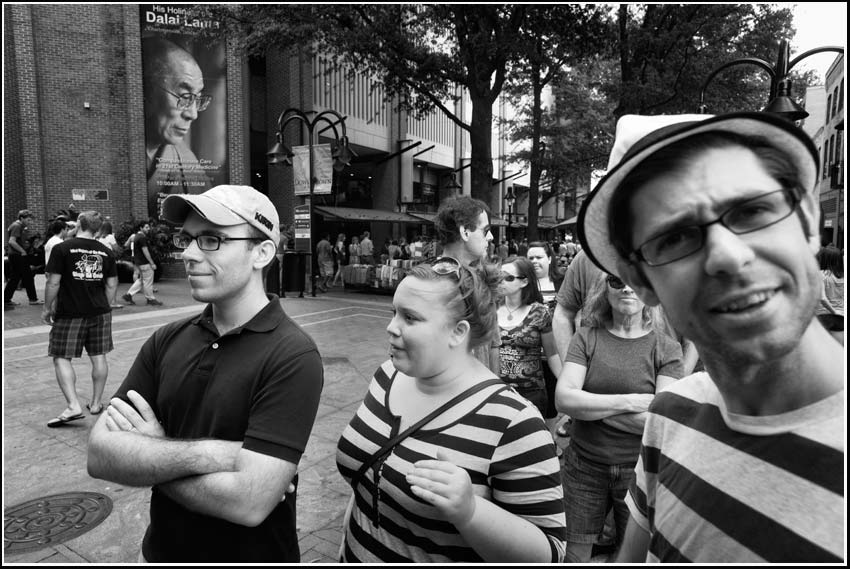 The people on queue were headed for the 3rd Annual Top of the Hops Beer Festival in Charlottesville, VA. Two ounce sampling of the craft beers from around the world combined with food, music and games.

I am one of the undecided voters. If only Beer would run for President! 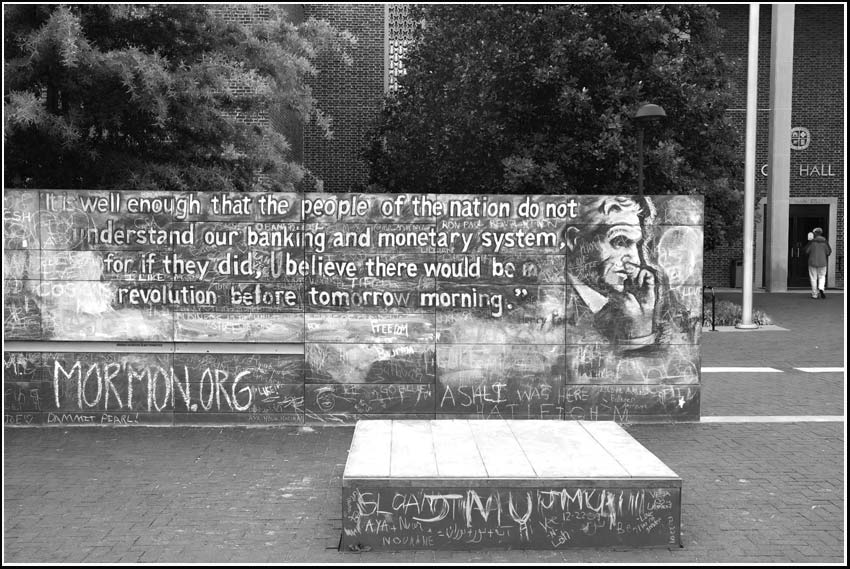 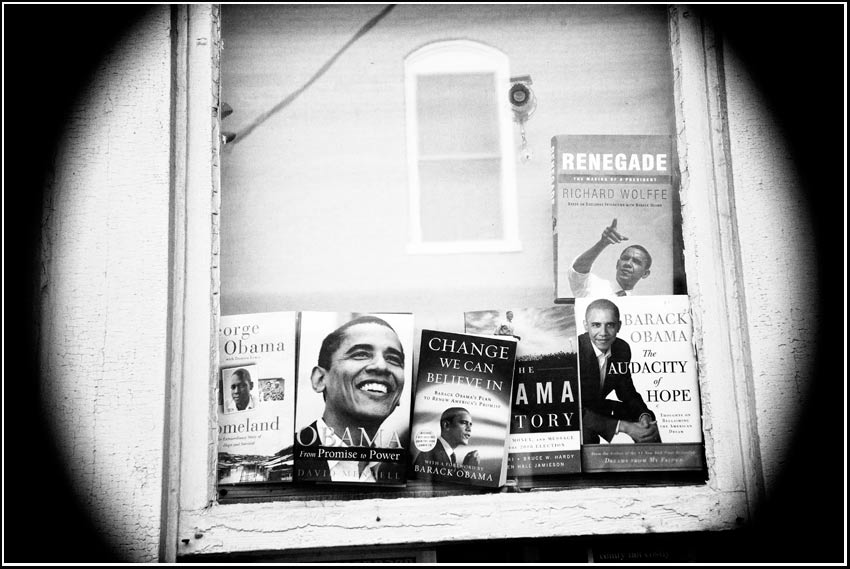 3 floors of out-of-print books, book searches, specializing in fiction. 100,000 books. The Washington Post described the Daedalus Bookshop as “a three-story temple of secondhand lit, a bibliophile’s church tucked away on a curling side street. The steps creak, the nooks are shadowed. Books are piled from dusty floor to shelves that scrape the ceiling.”–visitcharlottesville.org

No longer an element.

The people visited Monticello this weekend for the 6th annual Heritage Harvest Festival. 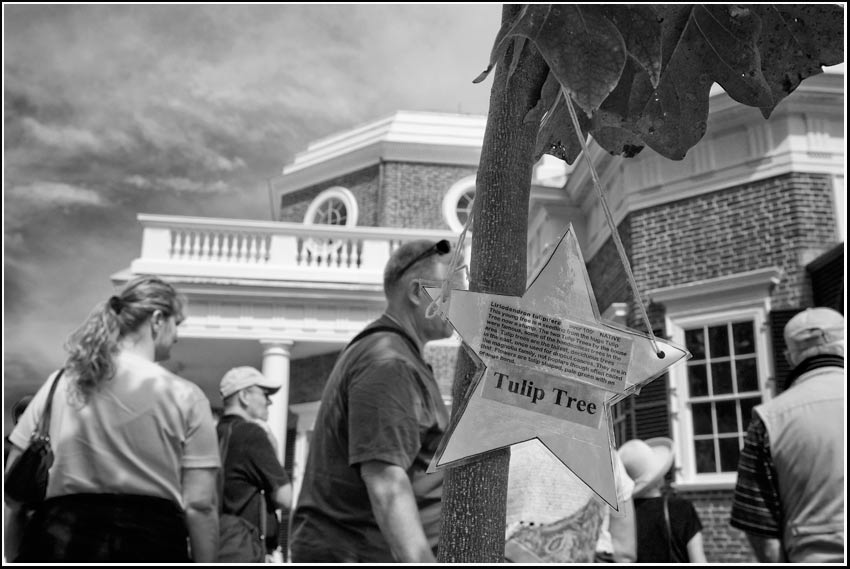 Historians, and locals, spend considerable energy asking WWJD what would Jefferson do? And Jefferson aids that pursuit by his writings in which he meticulously cataloged.
Jefferson had an avid interest in gardening and the variety of flora in the world.
Jefferson has been called the epicurean president, the first foodie. Peter Hatch has a good article here regarding Jefferson’s table.
So, this is Monticello, as classroom. But hey, the people are hungry.
The Monticello food court! 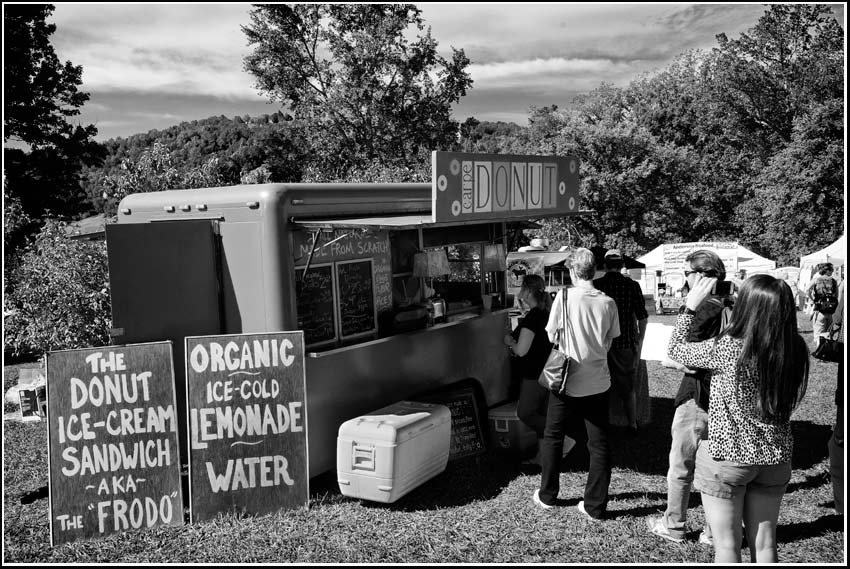 My unscientific Count crowned Carpe Donut king of the mountain. The line to Matt Rohdie’s trailer was 20 people deep. When was the doughnut invented? When did the doughnut also become the donut? Wikipedia can answer that..

What did Jefferson’s enslaved people eat? “Each week one slave might be given a peck of cornmeal, a half-pound of pork, and four salted fish.” The Monticello classroom has answers. 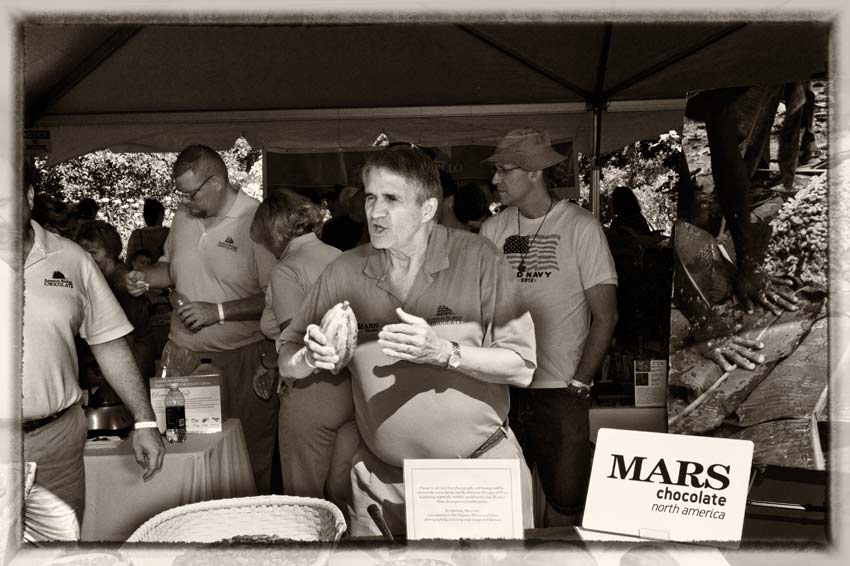 The Mar’s chocolate stand was very popular. Providing deep history on Theobroma cacao, the chocolate tree.
Their audience was the size of Carpe Donut’s, but rooted in place by free samples of Cocoa liquor, pure liquid chocolate extracted from the cocoa bean, including both cocoa butter and cocoa solids mixed with hot water. 18th and 19th C liquid crack… 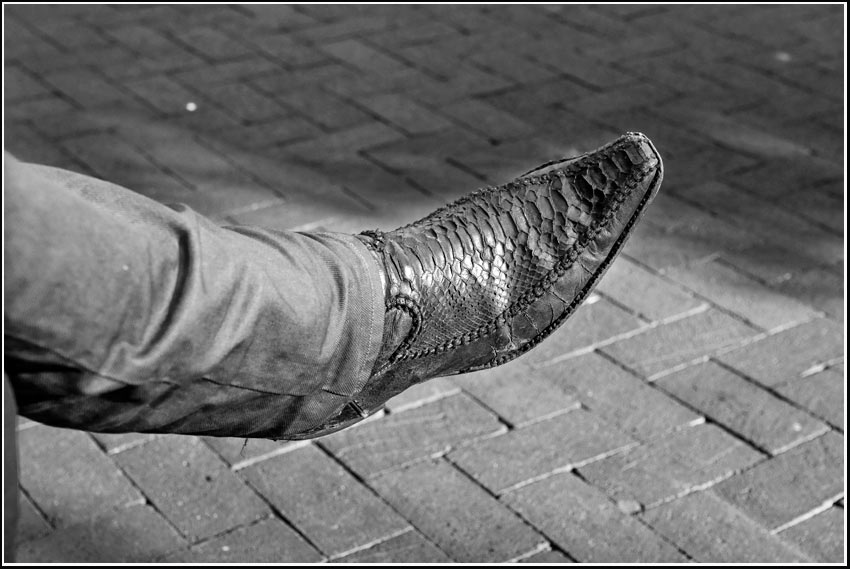 In a 9/12/12 article regarding Moto Saloon the Daily Progress reporter remarked:

Permit opponents, most of whom were older than the bulk of the saloon supporters, argued that the noise problems are undeniable and that they are entitled to tranquility in their own homes.

I wonder if the old folks were wearing orthopedic footwear, had hairpieces, reading glasses and hearing aids? Old people are such a drag on culture and vibrancy.