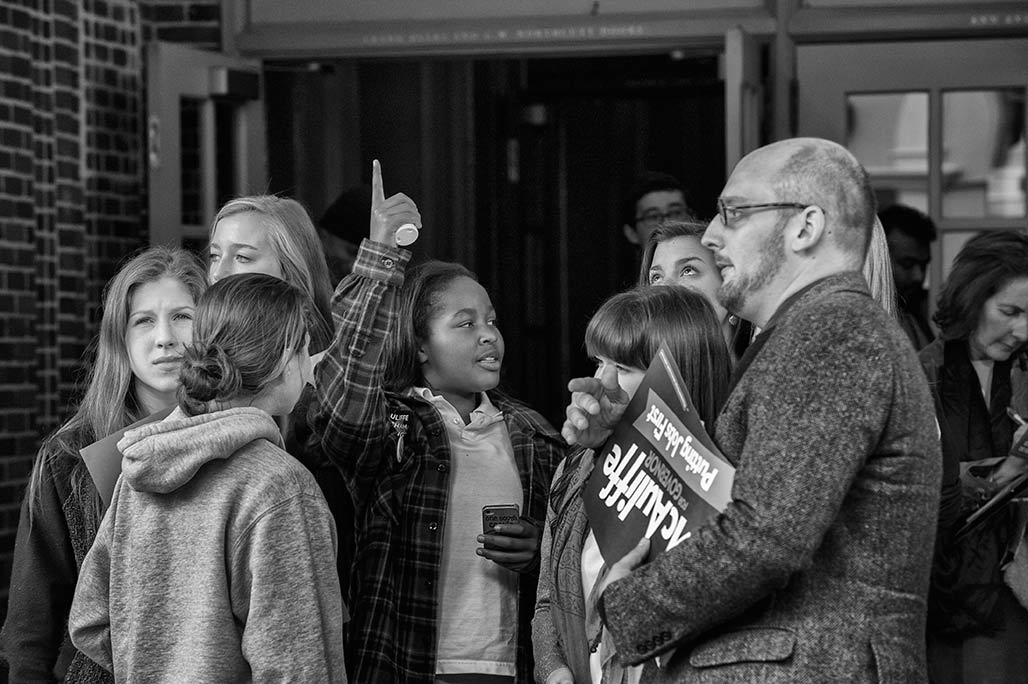 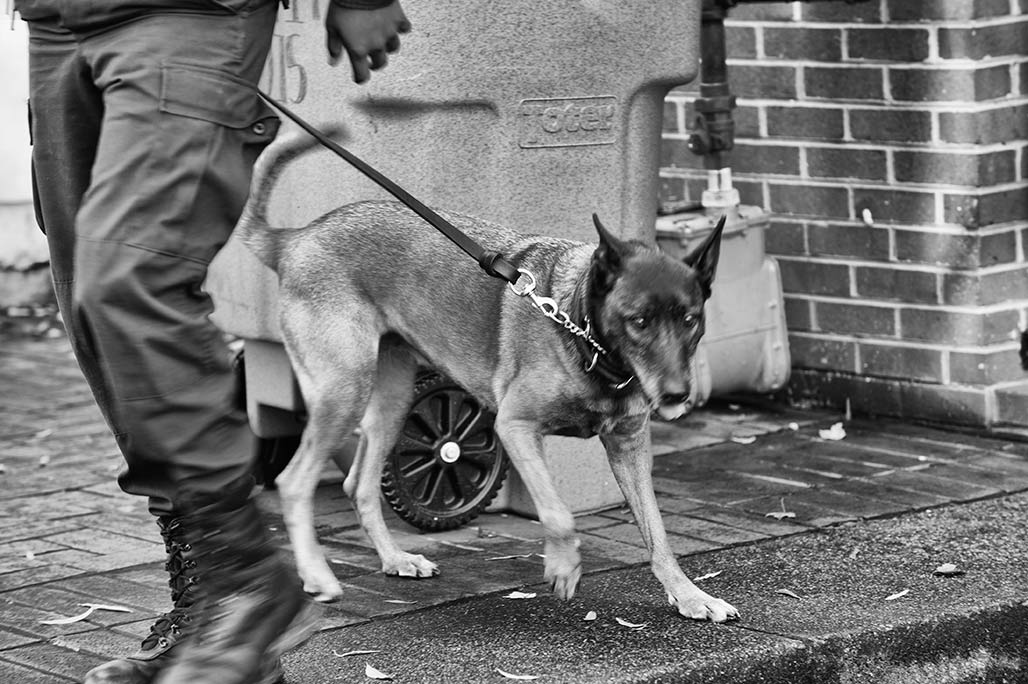 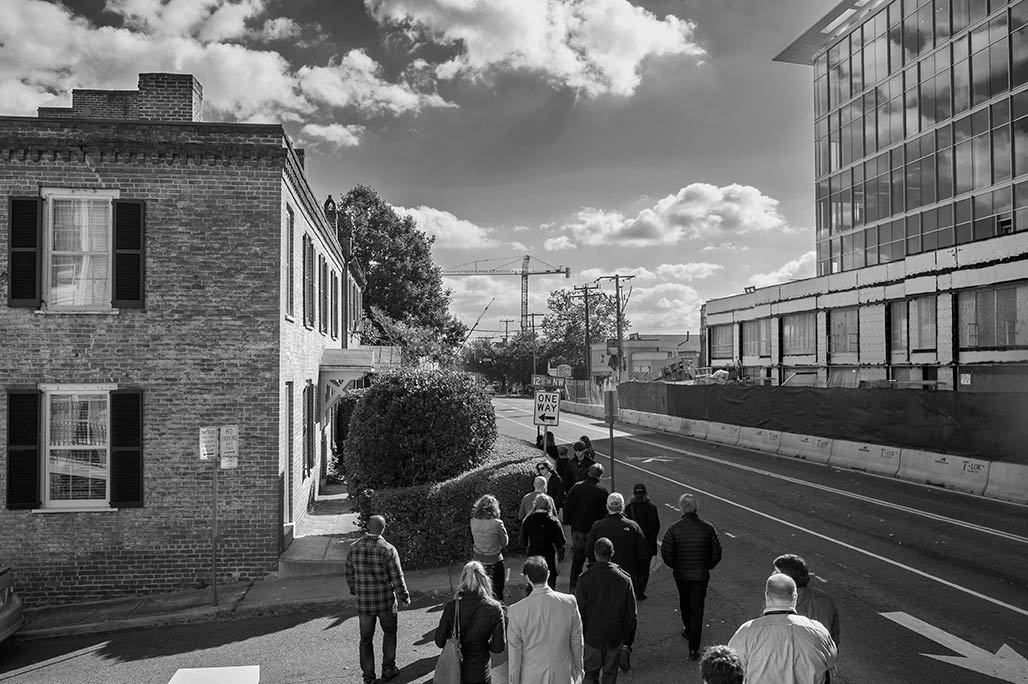 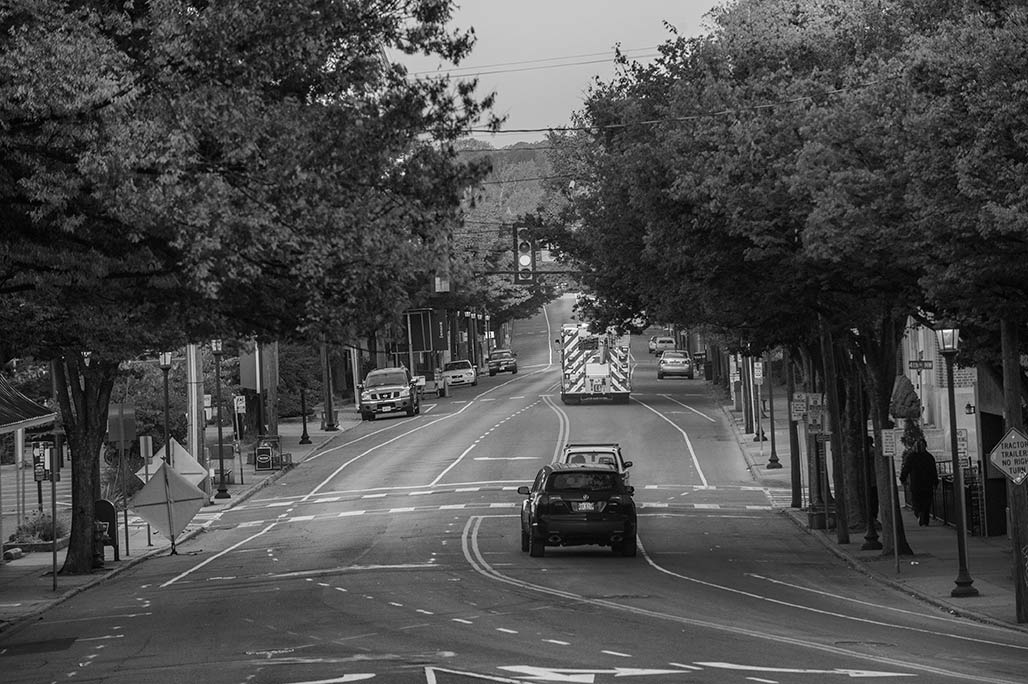 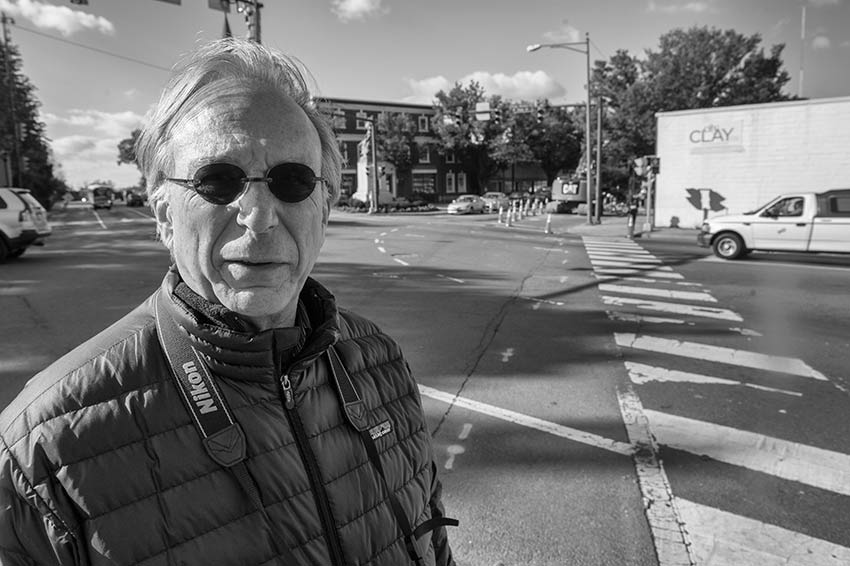 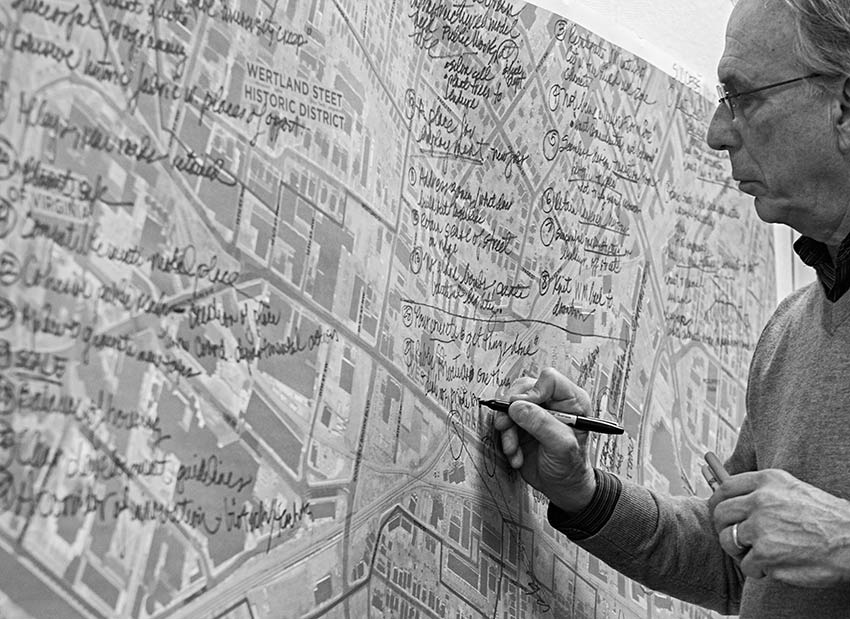 Emma and I replaced another water line yesterday.

This London Plane tree didn’t get the memo, wasn’t aware that it was declining/dead. 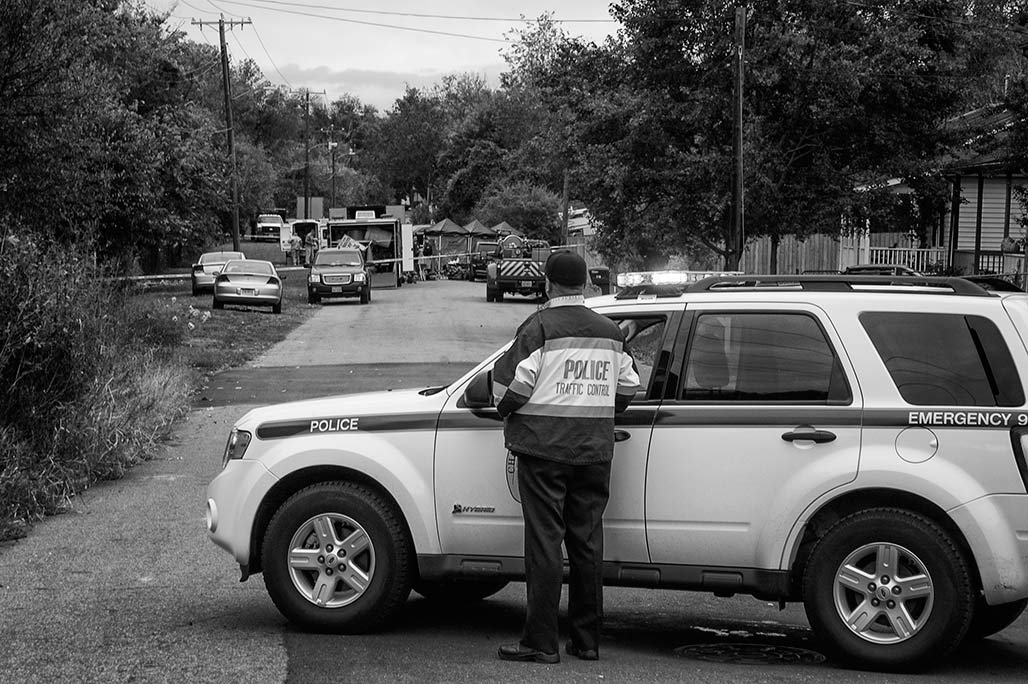 At 10:15 this morning members of the JADE task force executed a search warrant at 706 Franklin Street. Three individuals were detained. Materials were removed from what appeared to be a operational laboratory engaged in the manufacture of methamphetamine. 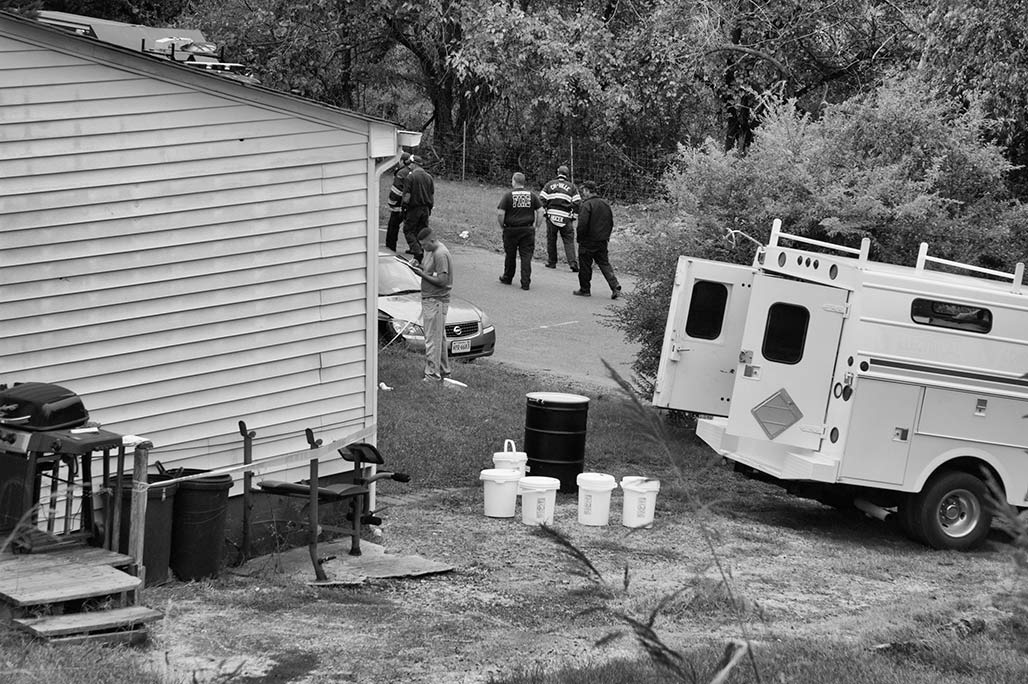 View from Mason Street looking east. Not able to say what is in the containers. Mr. White? 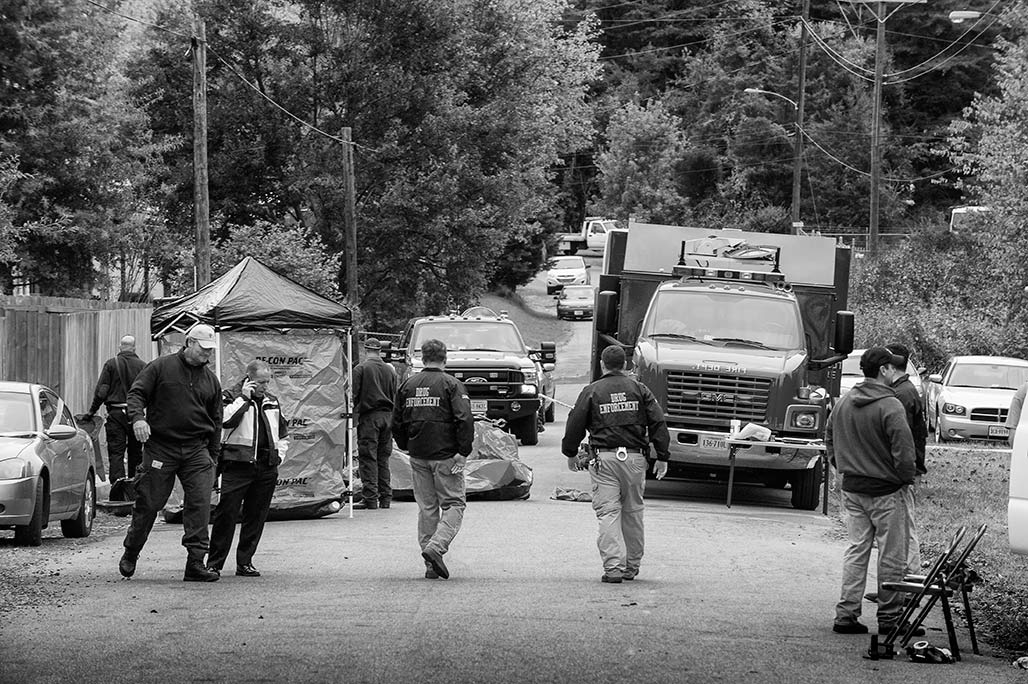 The operation was winding down around 1330 hrs. 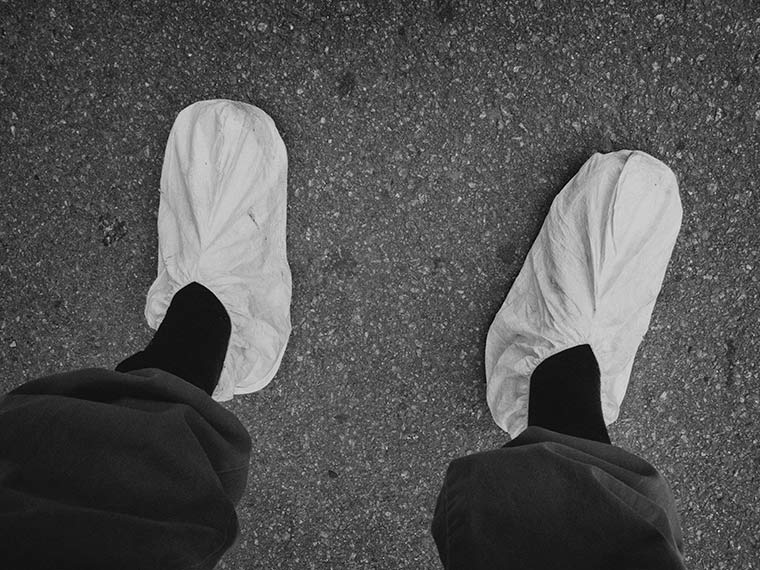 Found this footware just outside the Police perimeter.


People have been living in this neighborhood, this place, for thousands of years.
We live in the bend of a state scenic River, on rich, fertile ground, Davidson Loam. Seated here we are eight tenths of a mile from the front porch of Monticello, a mile and 2/10ths from the downtown mall. Seated here we are home, in the center of our universe.
But often we feel, as a neighborhood, that we are in the center of the crosshairs.
Over the years our discussions with the Council have focused on a handful of issues. We’ve asked for reductions in traffic speed and volume, we’ve asked for a reduction of the sewage smell. We’ve asked for pedestrian safety improvements and we have asked that planning and zoning be used to conserve our cultural and natural resources as well as our quality of life.
We have partnered with government entities in the creation of a national historic district, in the design of a sewage pumping station and in the care of our City park. We plant streetscape trees. We pick up trash, we attend City meetings. We have accomplished much but still, we feel threatened.
We are reassured by statements from Mayor Huja and Vice Mayor Szakos in opposition to a bridge through the Woolen Mills. We thank Dave Norris for his enduring stand against the County using City neighborhoods as an interchange.
Diversity is a strength to our way of thinking. We are all kinds of people in this neighborhood. But our mixed status, our socio-economic profile, seems to attract locally unwanted landuses.
Please work with us in our effort to secure the quiet enjoyment of our own homes and the health, safety and welfare of our neighborhood. Together we can make it so.