Jim’s last official words to me were encouraging, about getting long standing zoning issues rectified. That work now falls to his successor.

Following Mr. Tolbert’s departure I hope we can find an owner’s manual for the City.


The city, sixth-largest in the state with a 2010 population of 93,853, wanted to separate itself from what it saw
as wasteful government spending in surrounding communities. The city benefits greatly, though, from the number of Fortune 500
companies headquartered there, boasting an extremely high per capita income, with the median family household income,
according to a 2008 census estimate, approximated at $129,810, and the average family income $169,815.–Huffington Post 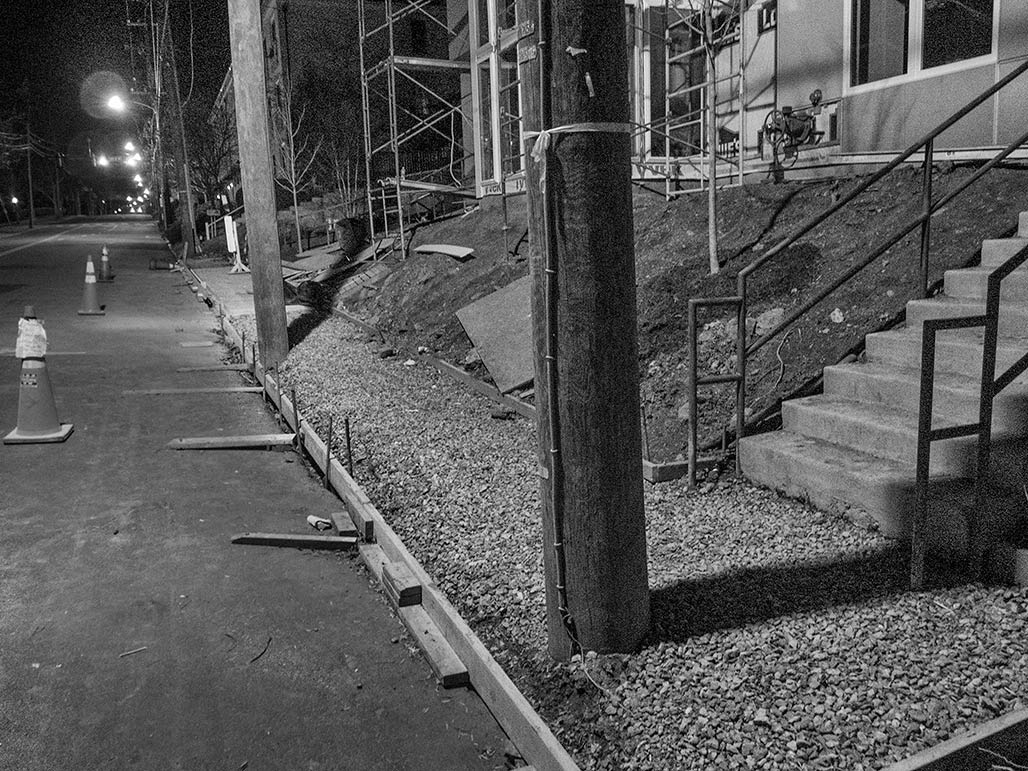 In November I heard that Dominion Power (aka Dom.Com, VEPCO, Dominion) had indicated to a Charlottesville City Councilor that utility poles located in the middle of sidewalks could be addressed. Dominion was interested in a list, an inventory of such poles.
HEY Dominion! Are these two more sidewalk poles in the making? 1000 block of East Market Street.
Decrease the width of the street to 36 feet, keep the sidewalk, move the poles?
Put the lines in an underground utility bus? 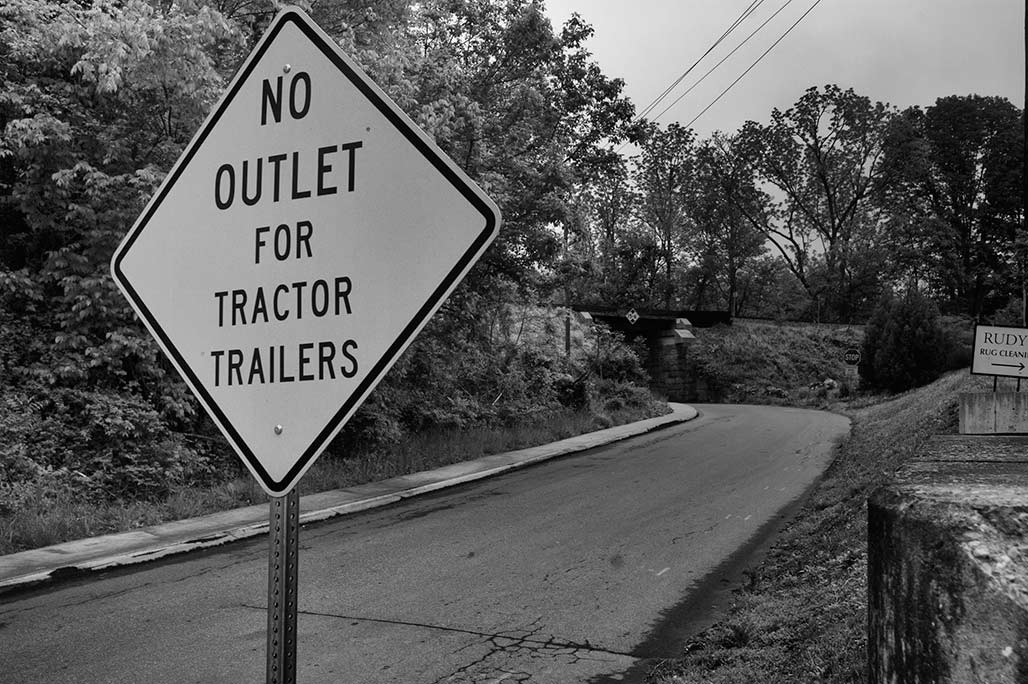 And so…. Franklin and Market. The tractor trailer driver mashes Betty Lou’s front lawn, knocks on doors. Residents on Market Street move their autos so the rig can make the turn he has been advised not to make.

Charlottesville Neighborhood Development Services planner Brian Haluska AICP presents information regarding the purpose and intent of the “Special Use Permit” provision within the zoning code. How are such permits applied for? Who can grant an SUP?
The informational meeting was held at the Woolen Mills Chapel, organized by Cindy Cartwright and Bill Lankford. Attended by 30 citizens…
Mr. Haluska pointed the assembled toward the definition and regulations pertaining to music halls. 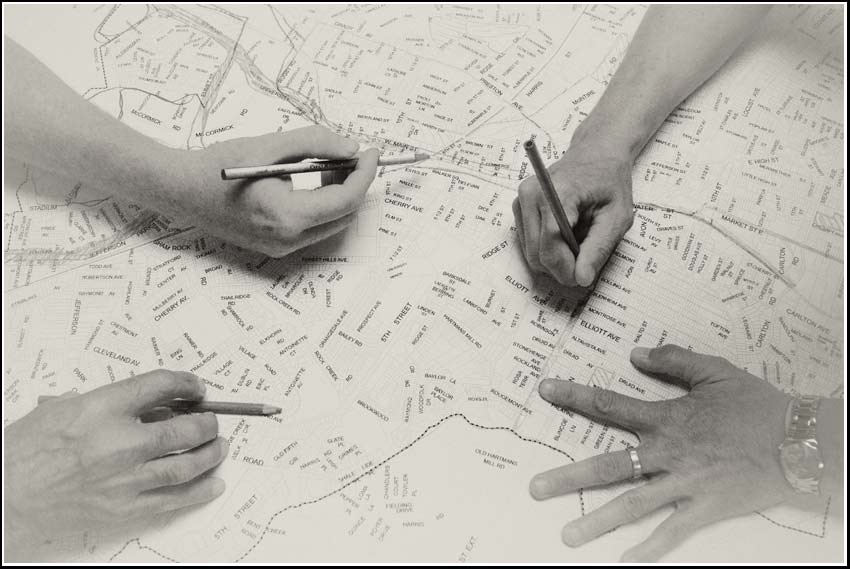 My fears regarding the future of neighborhoods? Cut them open to get to the golden eggs, trade them for a handful of magic beans, shrink National Historic Districts and ADC’s to the size of handkerchiefs, widen roads, install sewage pipes in the air, cut down the trees, fire engines everywhere. Anything is possible.
Charlottesville Tomorrow has the story: