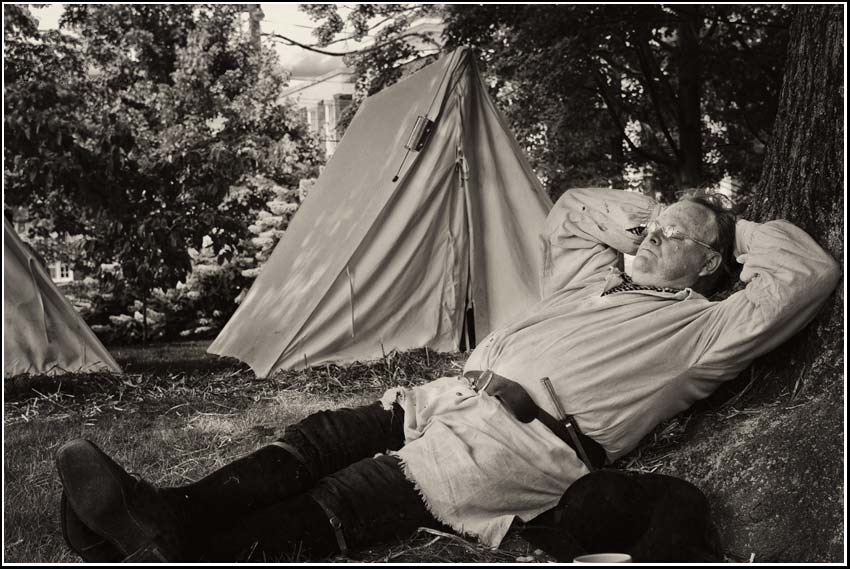 reenactor (noun)–a person who enacts a role in an event that occurred earlier.–Dictionary.com

The event in this case, local militia putting up light resistance as Banastre Tarleton and his soldiers crossed the Rivanna at Secretary’s Ford and headed up Monticello to try and catch the slippery Thomas Jefferson and TV star/Virginia legislator Daniel Boone,
first militia action, June 4, 1781, this militia action, Jackson Park, June 2, 2012.