Infrastructure is basic physical and organizational structures needed for the operation of a society or enterprise, or the services and facilities necessary for an economy to function.
The term typically refers to the technical structures that support a society, such as roads, water supply, sewers, electrical grids, telecommunications, and so forth, and can be defined as “the physical components of interrelated systems providing commodities and services essential to enable, sustain, or enhance societal living conditions.”–Wikipedia

Infrastructure can inspire. Carefully engineered, lasting projects are beautiful and cost effective. The Aqua Virgo, an aqueduct supplying Rome with drinking water, was constructed in 19BC, and renovated in 1453.
The large diameter galvanized pipes above are shopping center infrastructure. Presumably, they’ll be buried beneath the ground and deal with storm water unable to penetrate the acres of impervious surface that are part of this new consumer Shangri-La. Could the rainwater be kept on top of the ground in a series of streams, meadows and lakes and allowed to infiltrate? The landscaping could be beautiful and functional. Maybe that is part of the plan? UVA, locally, leads in daylighting piped streams and dealing with stormwater intelligently. 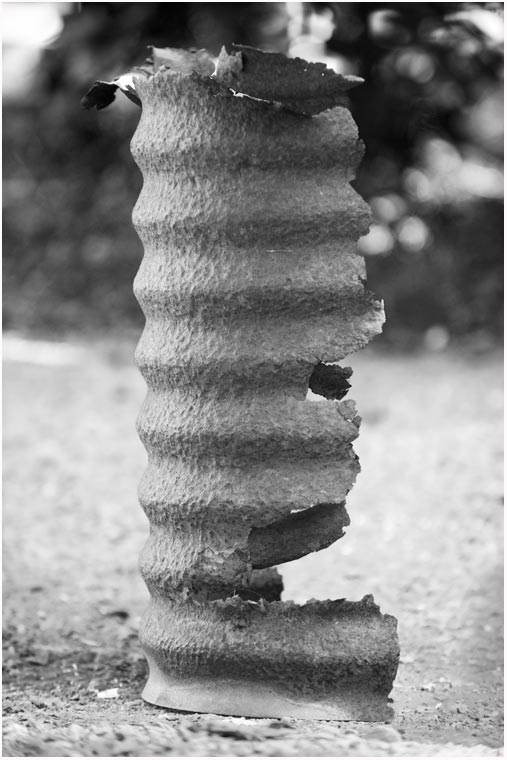 One thing for sure. This is short term infrastructure. No one will be renovating this installation in a millennium. The useful life of corrugated pipe is measured in decades. 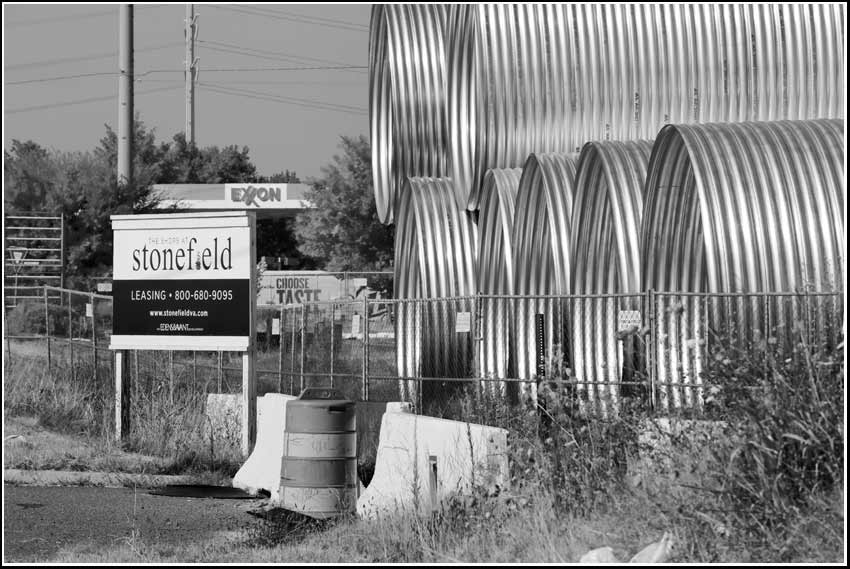 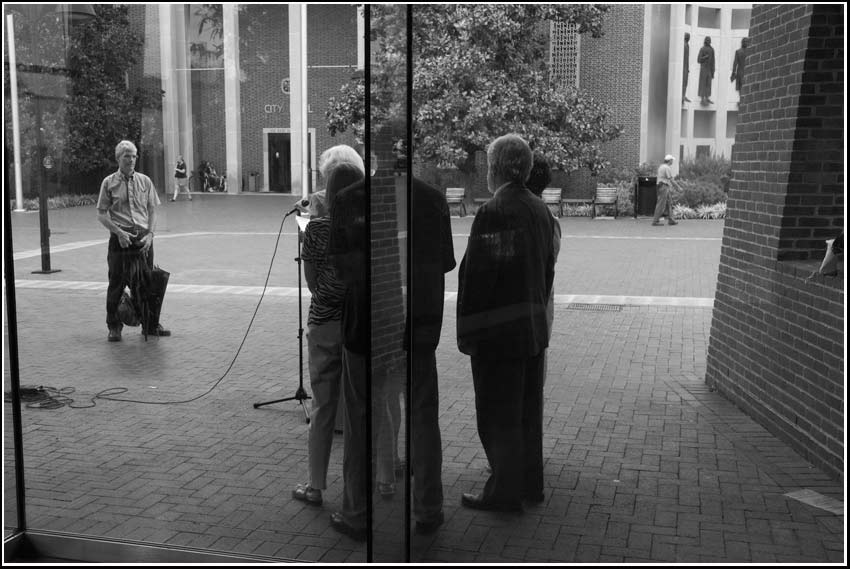 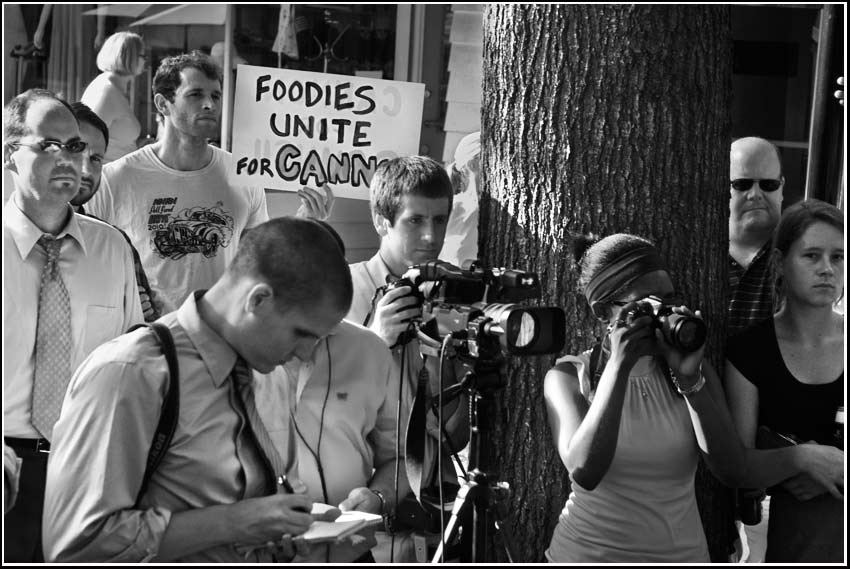 Not since “a chicken in every pot” have the foodies been so aligned. This picture makes me laugh because I automatically read the sign as “FOODIES UNTIE”. 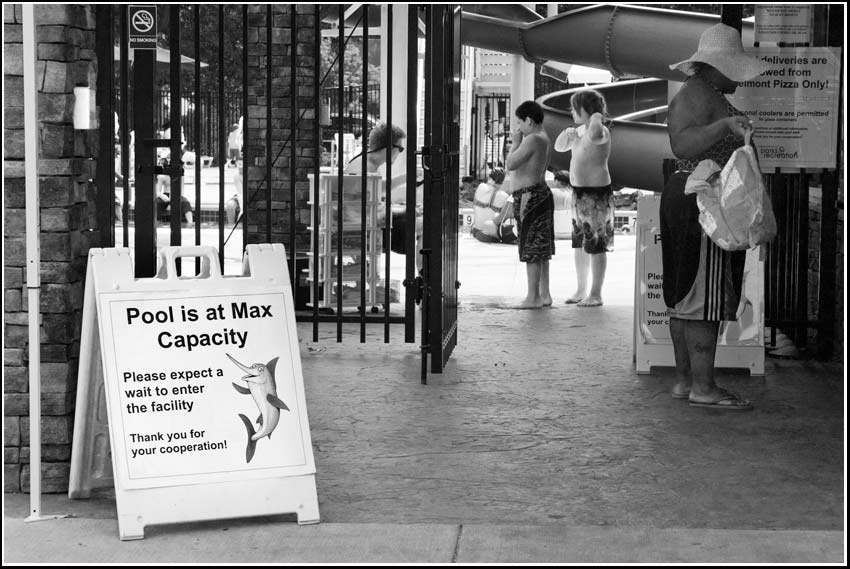 For a hundred years the Woolen Mills had greenspace at its northwestern entrance. The greenspace was agricultural land, then a golf course, and finally (for 70 years) a ball field and open green.
Two years ago the commons was fenced and turned into a “regional aquatic facility”, it was at capacity yesterday. 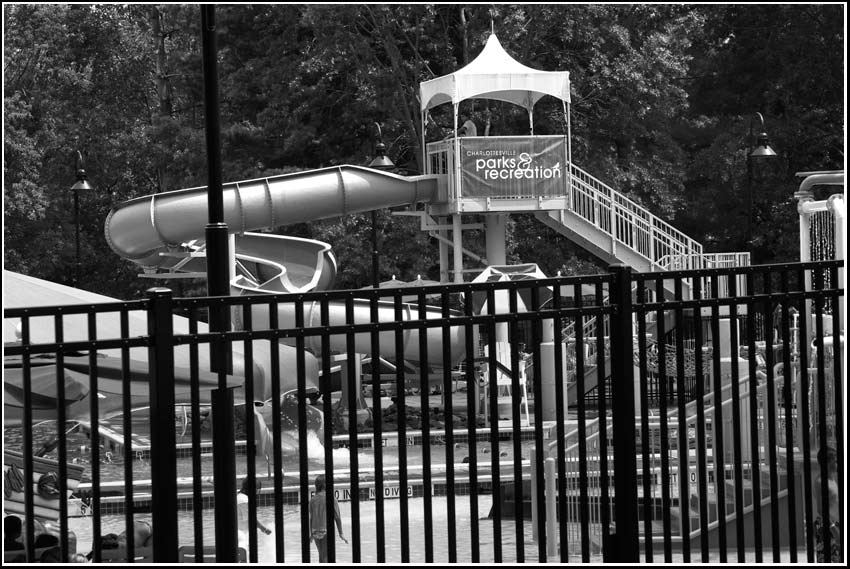 I wish we’d invested a bit more time “in the bunker” designing this local amenity.
The part I don’t remember, in the run-up to the construction of water-world was the part where Parks and Rec officials said “it’s going to be a hummock of ugly and we are going to plant our flag on the top.” 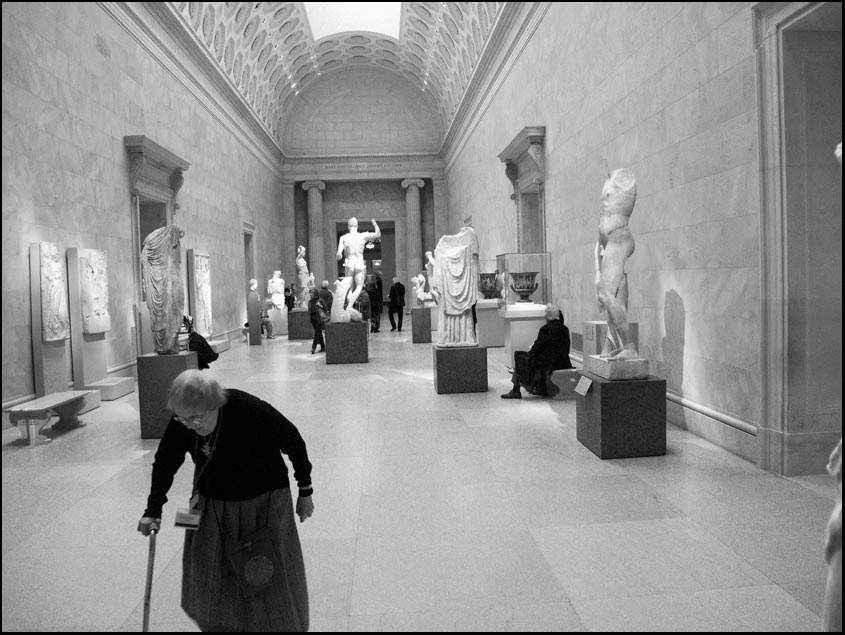