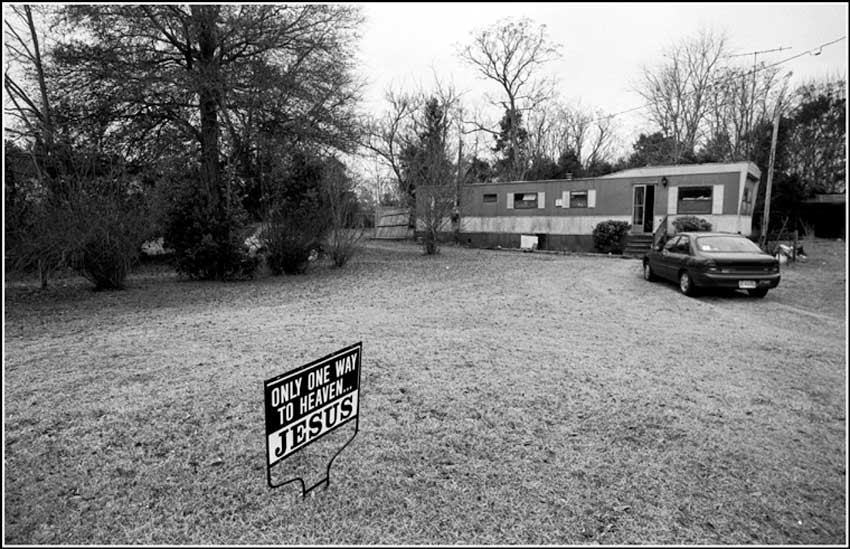 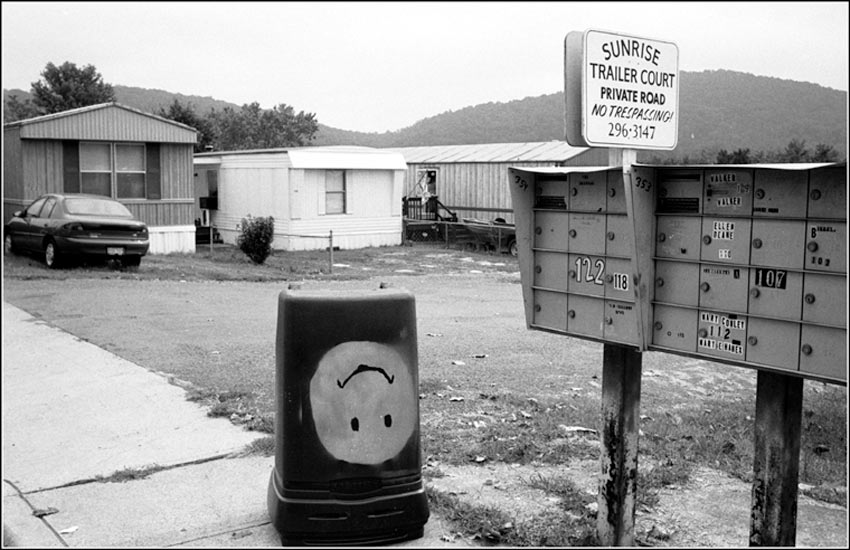 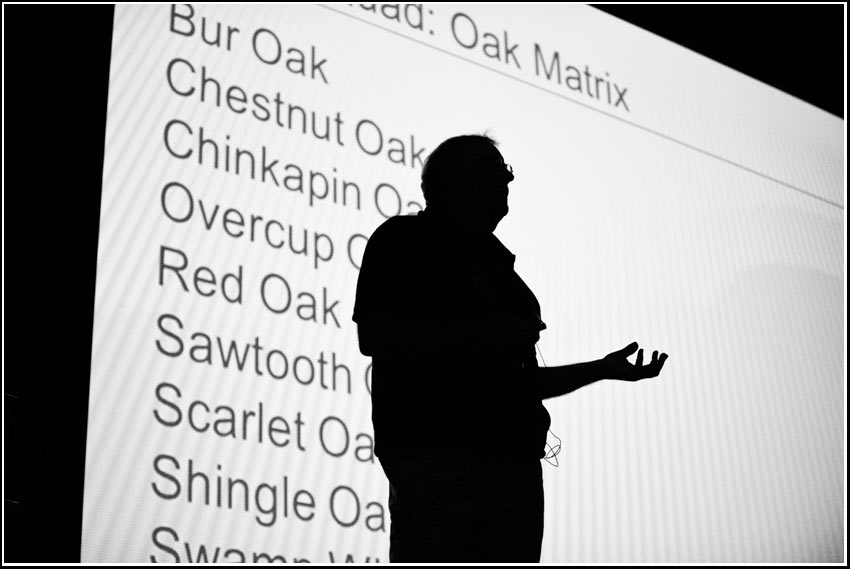 Michael Dirr was in Charlottesville yesterday speaking at the 28th Annual Central Virginia Landscape Management Seminar,
presented by the Piedmont Landscape Association. In the morning he gave a talk titled “In Praise of Noble Trees”.
Michael Dirr is the author of the Manual of Woody Landscape Plants (6th Edition) The bible of the Nursery/Landscape industry and gardeners, additionally he has published hundreds of other works and planted thousands of trees. 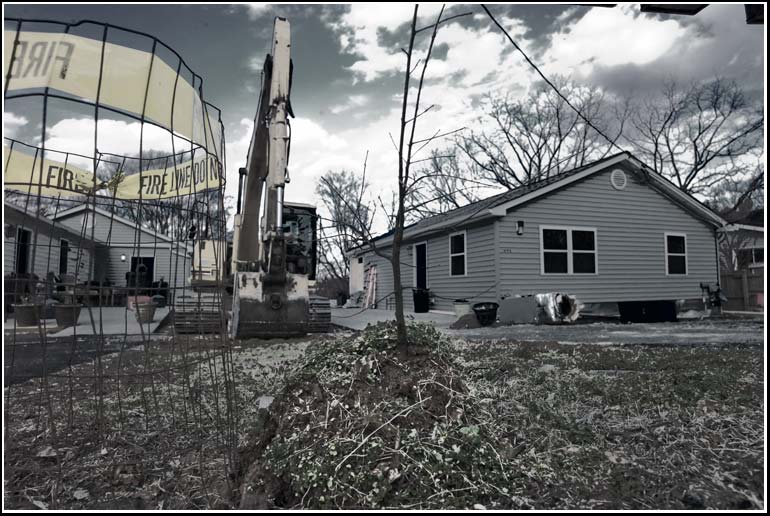 The reality for trees in this tree city is tough. A year ago we planted three oaks in a part of our neighborhood that sorely needs trees. One was mowed over by a lawn service guy who couldn’t be troubled to steer his lawn chariot around it. A second survived a house fire, but had to be moved when a track-hoe needed access to knock down the burnt house remains. The third still lives. 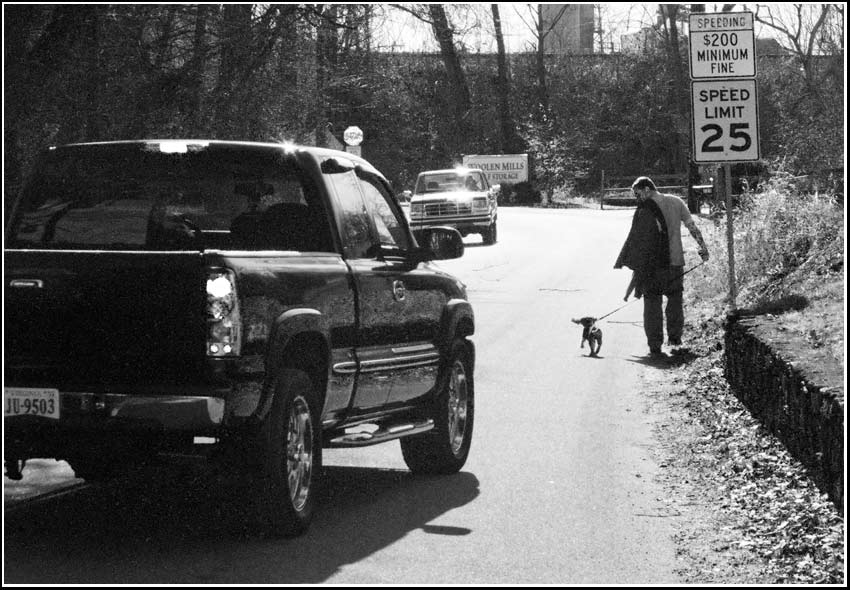 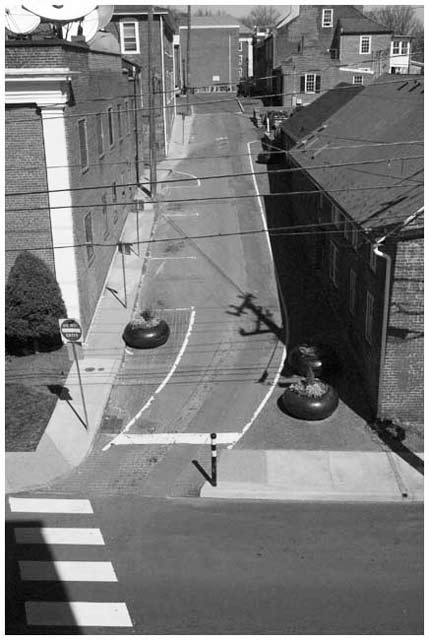 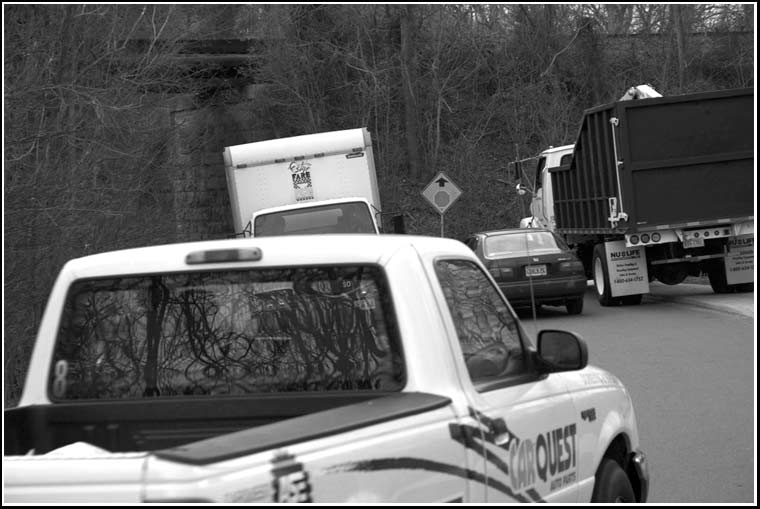 In Slabtown, with our mother. No traffic, no noise, no people, no TV, no restaurants, no super bowl. Have dog, books, some food, heat. Wondering what she thinks of a place so quiet, being a city girl. This slab purchased in 1886 for $24.88 by James Masdon, subdivided out of the Millenbeck Farm. In the Woolen Mills a similar sized lot, purchased same year, cost $400. 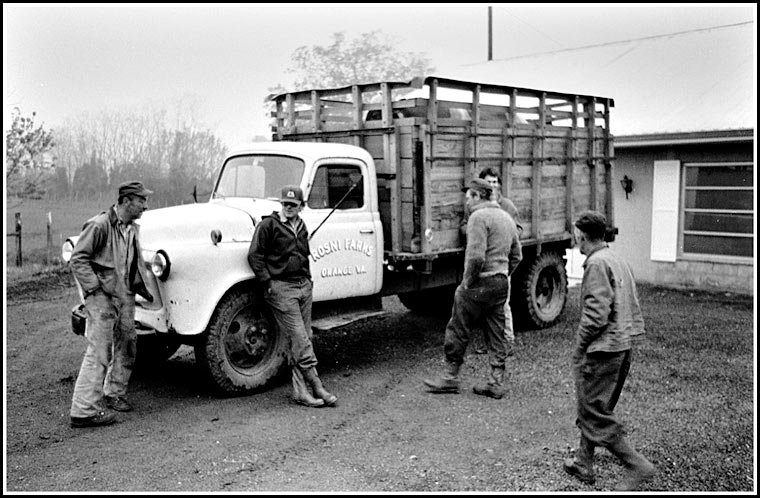