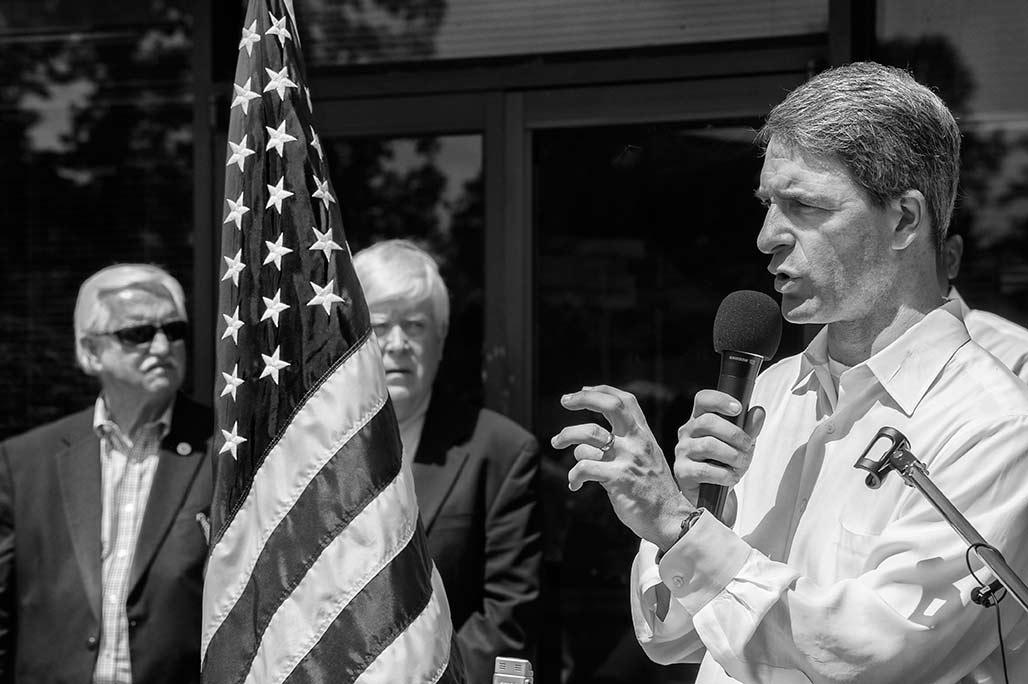 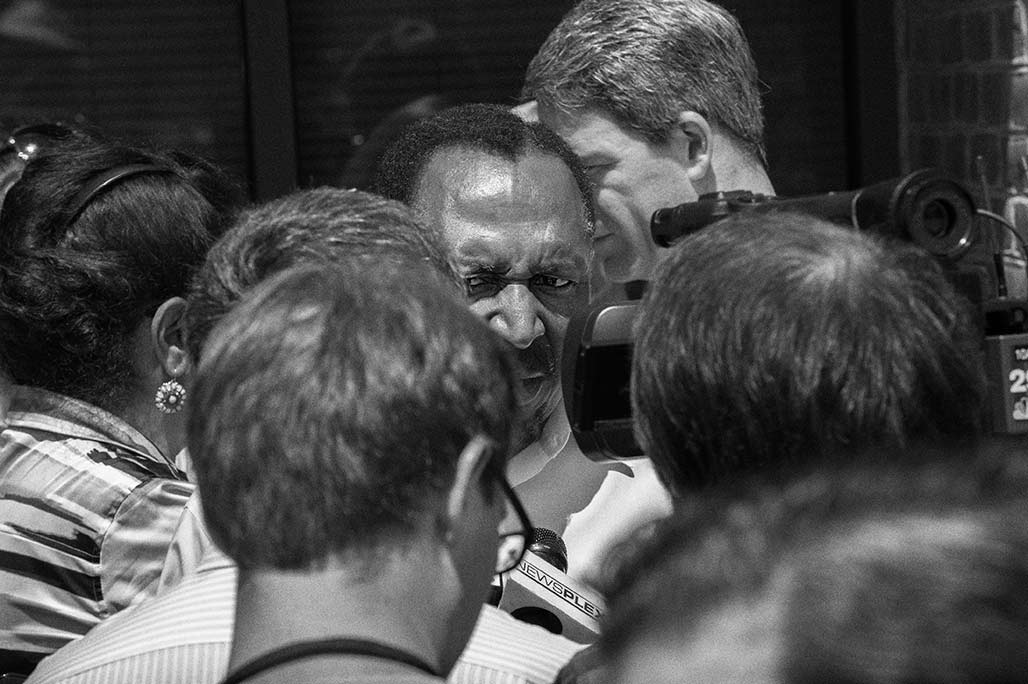 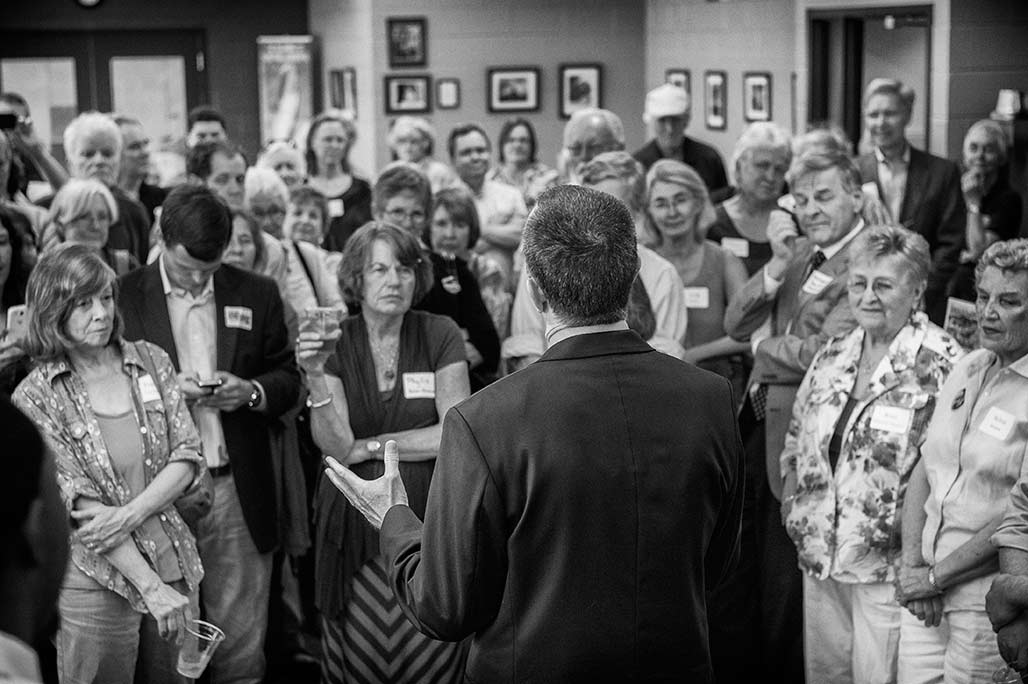 Senator Ralph Shearer Northam, MD, a candidate for lieutenant governor in the Democratic primary June 11
The democrats met at the Vinegar Hill Cafe in the rehabilitated Jefferson School in Charlottesville. The republicans met in a parking lot on the east side of their Albemarle County HQ, a building that appears to have formerly been a bank.