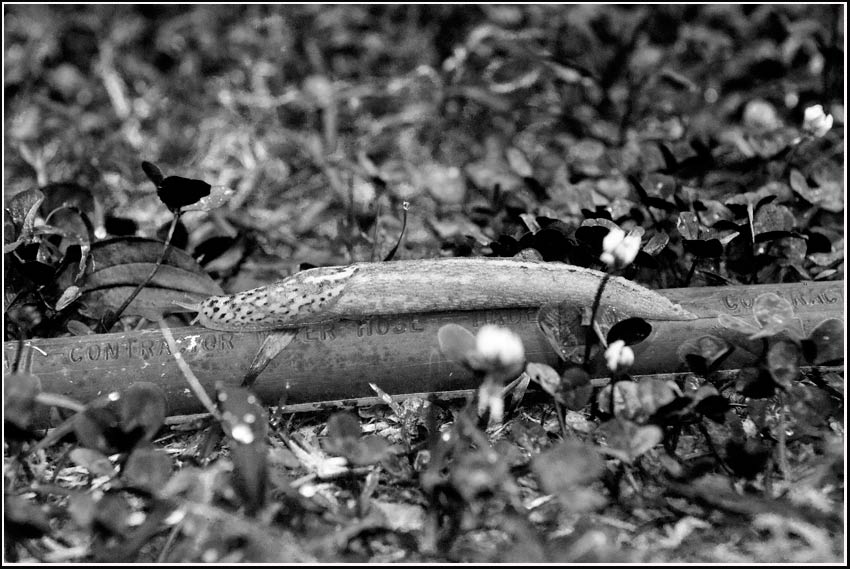 The mucus secreted by the foot contains fibres which help prevent the slug from slipping down vertical surfaces. The “slime trail” that a slug leaves behind has some secondary effects: other slugs coming across a slime trail can recognize the slime trail as produced by one of the same species, which is useful in finding a mate. Following a slime trail is also part of the hunting behavior of some carnivorous slugs.–Wikipedia