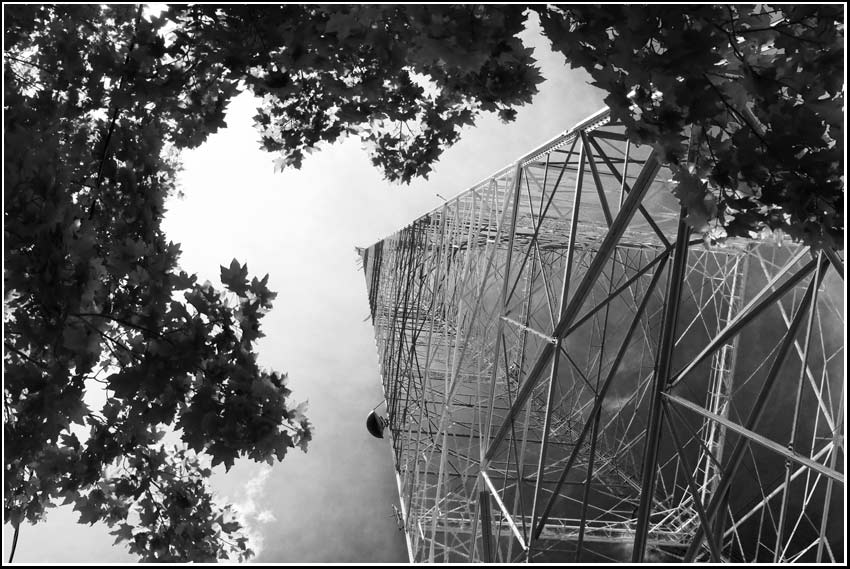 In 1953, WTVR activated its tall tower, located adjacent to its West Broad studios. The 843-foot tower is considered part of the Richmond skyline, and can be seen for several miles around Richmond. WTVR used a graphical version of the tower in its news opens for several years in the 1980s and early 1990s.–Wikipedia

Tallest structure in my world, growing up. One of three broadcast TV stations I could find on the 1960’s machine.