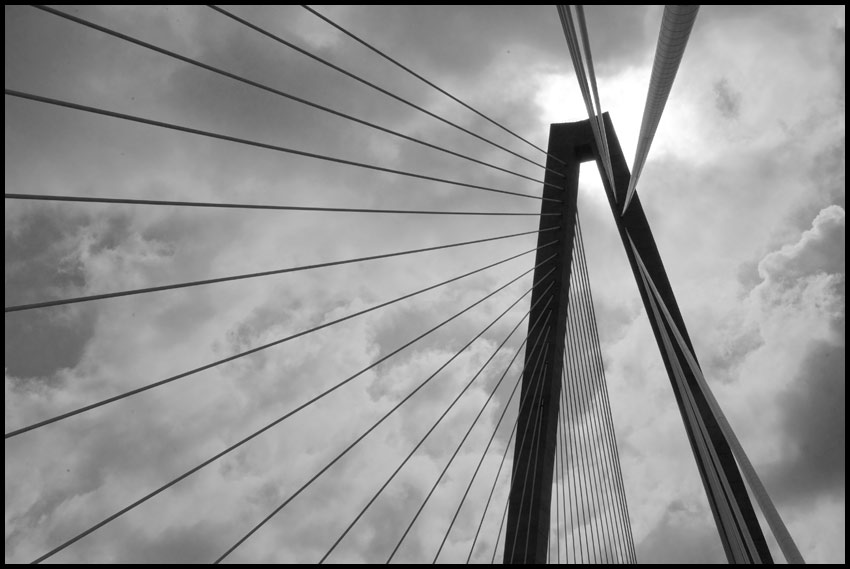 The bridge superstructure is designed to withstand shipping accidents and the natural disasters that have plagued Charleston’s history. The span is designed to endure wind gusts in excess of 300mph (480 km/h), far stronger than those of the worst storm in Charleston’s history, Hurricane Hugo in 1989. Engineers also had to be mindful of the 1886 earthquake that nearly leveled Charleston. The Ravenel Bridge is designed to withstand an earthquake to approximately 7.4 on the Richter scale without total failure. To protect the bridge from uncontrolled ships, the towers are flanked by one-acre rock islands. Any ship will run aground on the islands before it can collide with the towers.

The bridge includes a shared bicycle-pedestrian path named Wonders’ Way in memory of Garrett Wonders. Wonders was a navy ensign stationed in Charleston and was in training for the 2004 Olympics before he died in a bicycle-vehicle collision. The path was included in design of the new bridge because of grassroots efforts by groups such as the fifth grade class at a local elementary school.–Wikipedia